While the components world has been in a fervor over which is the best mainstream octa-core processor, Intel and AMD have been waging a quieter war in the high-end desktop space (HEDT). It’s been a tight race as Intel Skylake X took the lead over AMD Ryzen Threadripper. Then, along came Threadripper 2nd Generation and now Basin Falls Refresh.

The 18-core, 32-thread Intel Core i9-9980XE retakes the performance crown from the 32-core, 64-thread AMD Ryzen Threadripper 2990WX. However, Team Blue's lead over its crimson rival is the slimmest we’ve seen in years, and with a marginal at best price reduction on its flagship processor, you may want to consider more affordable HEDT CPU options.

The two different types of architecture work exactly as they sound. All the cores found in a Basin Falls Refresh processor are melded together and given equal access to system memory. Meanwhile, AMD Threadripper relies on core-complexes usually comprised of eight CPU cores connected together in a series. This ring architecture forces core-complexes to communicate to each other first before getting access to each other’s memory.

This distinct difference in architecture means AMD’s HEDT CPUs will almost always (until it’s engineered out) have some degree of latency over Intel’s Core X-series processors. Unfortunately, all of Intel’s focus on performance also invariably leads to higher-priced processors.

Speaking of architecture, the Core i9-9980XE and all other Basin Falls Refresh processors are built upon yet another refinement of Intel’s 14nm+ process.

While we’d usually joke about this being the fifth iteration of Intel’s 14nm process now, the Intel Core i9-9980XE features an astonishing 900MHz increase in base clock speed over the Core i9-7980XE.

This should, in turn, lead to higher overclocks as we’ve seen on the Intel Core i7-8086K. The Core i9-9980XE’s overclocking capabilities should be further bolstered by the new soldered heat spreader, which helped lower overall temperatures on Coffee Lake Refresh processors.

Unfortunately, overclocking an Intel processor is still a pain to deal with. Although Intel has an Extreme Tuning Utility, it pales in comparison to AMD’s full-featured Ryzen Master software.

At least users might be happy to know that Intel isn’t changing out the chipset again. Should they chose to upgrade, Skylake X-series users can simply place this, and any new Basin Falls Refresh chip, into a X299 motherboard they already own.

After completing our full range of tests we can confidently say that the Intel Core i9-9980XE is the new undisputed performance king in the HEDT processor arena – even if only just so.

Intel‘s new 18-core processor merely manages to top its predecessor, and all three of its AMD Threadrippers rivals, in a majority of benchmarks. Technically, that makes the Core i9-9980XE the best performing HEDT processor on the market, but a close look at a few of the performance numbers only shows a small increase. For example, the speed increase is negligible enough for Skylake X CPU owners to consider skip upgrading.

Intel’s own mainstream Core i9-9900K CPU is the Core i9-9980XE’s closest challenger, but ultimately this HEDT chip is the one to get for extreme multi-core workloads. Not to mention, the X299 platform gives way to quad-channel memory support and 28 more PCIe lanes.

Gaming tests show the Intel Core i9-9980XE can help relieve the performance bottleneck on graphics cards. However, this super-charged CPU surprisingly doesn’t have much of an effect on CPU-intensive games like Total War: Warhammer II.

Unfortunately, our system monitoring tools (HWMonitor and HWinfo) couldn’t correctly measure the Intel Core i9-9980XE power usage, so we can’t say much about how efficient the processor. However, our temperature data shows it runs cooler than AMD’s HEDT CPUs and Intel’s older Skylake X-series. 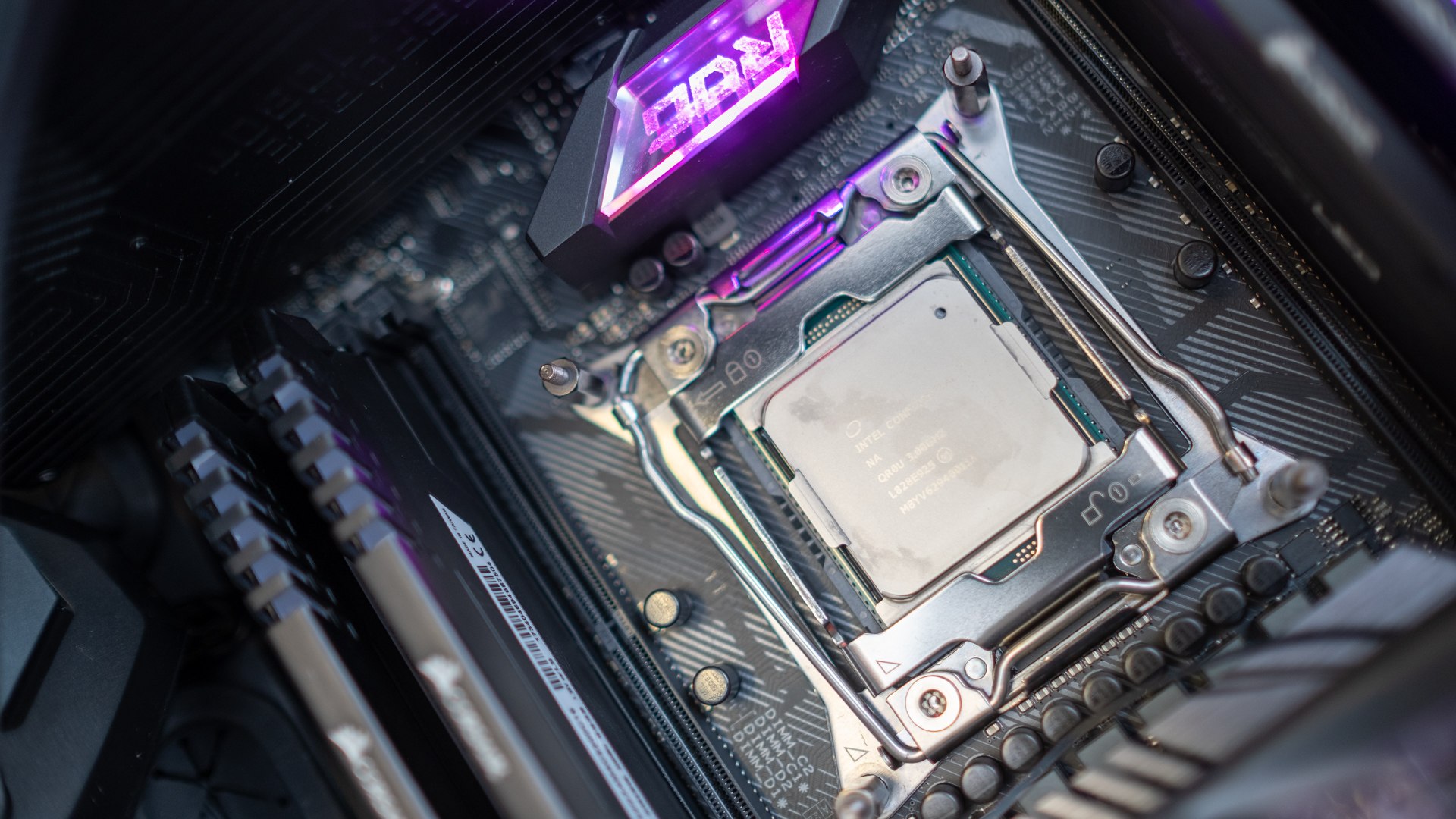 At the end of the day, the Core i9-9980XE is the undisputed champion of the HEDT processor world that puts Intel on top again. However, you should take a long, hard look at whether the best performance is worth paying $1,979 (about £1,520, AU$2,800) for.

Although the Skylake X-based Core i9-7980XE and AMD’s Threadripper 2nd Generation trail behind in performance, they tail closely to Intel’s new 18-core chip and can be at much lower prices. If you want ultimate performance and you've got the money to spend, the intel Core i9-9980XE might be the best choice for you.