Marshall is fast developing a reputation for high quality home speakers, having branched out from the live music and professional studio market over the last few years.

It’s latest speaker, the Stanmore II Voice has been updated to include full Amazon Alexa integration, meaning that you can control your smart home, ask Alexa queries, and play your music through voice activation technology. Here’s what we thought of the flashy new speaker.

The Marshall Stanmore II Voice is available to order now in the US for $399.99 – in the UK, it costs £349. It hasn't been launched yet in Australia, but based on current conversion rates, we estimate it will retail for around AU$430 – at the moment, there is only a signup sheet on the Australian Marshall website where you can subscribe to updates on the Stanmore II Voice.

The Stanmore II Voice is around $50 more expensive than the non-Alexa Bluetooth version, and sits around the mid-range for Marshall speakers generally.

Nearly $400 is no small amount to spend on a speaker, coming in at the same price as the Google Home Max, but based on its size and voice assistant capabilities, that price feels fairly reasonable.

Like all of Marshall’s speakers, the design of the Stanmore II Voice is based on its years of rock audio heritage, inspired by the look of Marshall’s classic guitar amplifiers.

The model we tested had a black leather-look vinyl casing, a grey fabric grille with the Marshall logo proudly displayed across it, and luxe rose-gold accents, giving the speaker a fashion-forward design that would look great in any home.

The rose-gold accents really lend the design of this speaker a sense of sophistication, and are carried through the bottom panel, Marshall logo, and the controls on the top of the casing.

The controls are fairly similar to those of the Marshall Woburn II, in that you have retro-looking dials to control the volume, bass, and treble output of the speaker – these dials are given a modern twist by the inclusion of micro-LEDs in place of the numbers, which light up as you turn them up and down.

Having bass and treble controls is one of Marshall’s calling cards when it comes to its speakers, and it’s a lovely touch, especially if you like being able to control exactly the way your music sounds.

It’s not just about dials however – there are buttons that allow you to control the input source (WiFi, Bluetooth, AUX, and RCA), play/pause your music, and a microphone button if you want to speak to Alexa. Alternatively, you can simply say “Alexa” to activate the voice assistant.

In order to use the inbuilt Alexa feature with the Stanmore II Voice, you have to download the Marshall Voice app to your smartphone and follow the steps to setup a connection. You’ll know when Alexa has heard you because a row of five LED lights at the bottom of the speaker will glow blue, which is as functional as it is aesthetically pleasing, and then switch it over to the WiFi in your home.

When we tried pairing the speaker with our smartphone, it took several attempts for the connection to be successful – however, once paired, it’s pretty easy to enable Alexa (you will need an Amazon account to do this, as well as the Alexa app on your phone to enable your favorite streaming service.)

To pick up voice commands, the speaker has a dual microphone array, and we found it picked up our voice really well. Thanks to acoustic noise cancellation, the Stanmore II Voice can hear you from across the room, without being distracted by any music already playing through the speaker. Although you can use the microphone button to activate Alexa, it’s far easier to do this with you voice – if you want to play music through Spotify, simply say “Alexa, play Spotify”, and your music will resume wherever you left off.

You can also ask Alexa to play specific songs, artists, playlists, and albums through the Stanmore II, just like you would with an Amazon Echo. It comes with all of Alexa’s functionality, so you can also ask for things like the weather, the news, and to add items to your Amazon shopping list.

We only tested the Stanmore II on its own, but with Alexa built in, you can turn it into a hub for your entire smart home, controlling your Alexa-enabled smart lights, locks, TV, and more. According to the Marshall website, you’ll soon be able to set up multi-room audio by pairing the Stanmore II with other Alexa speakers in your home – but there’s no word yet on when this will be available. 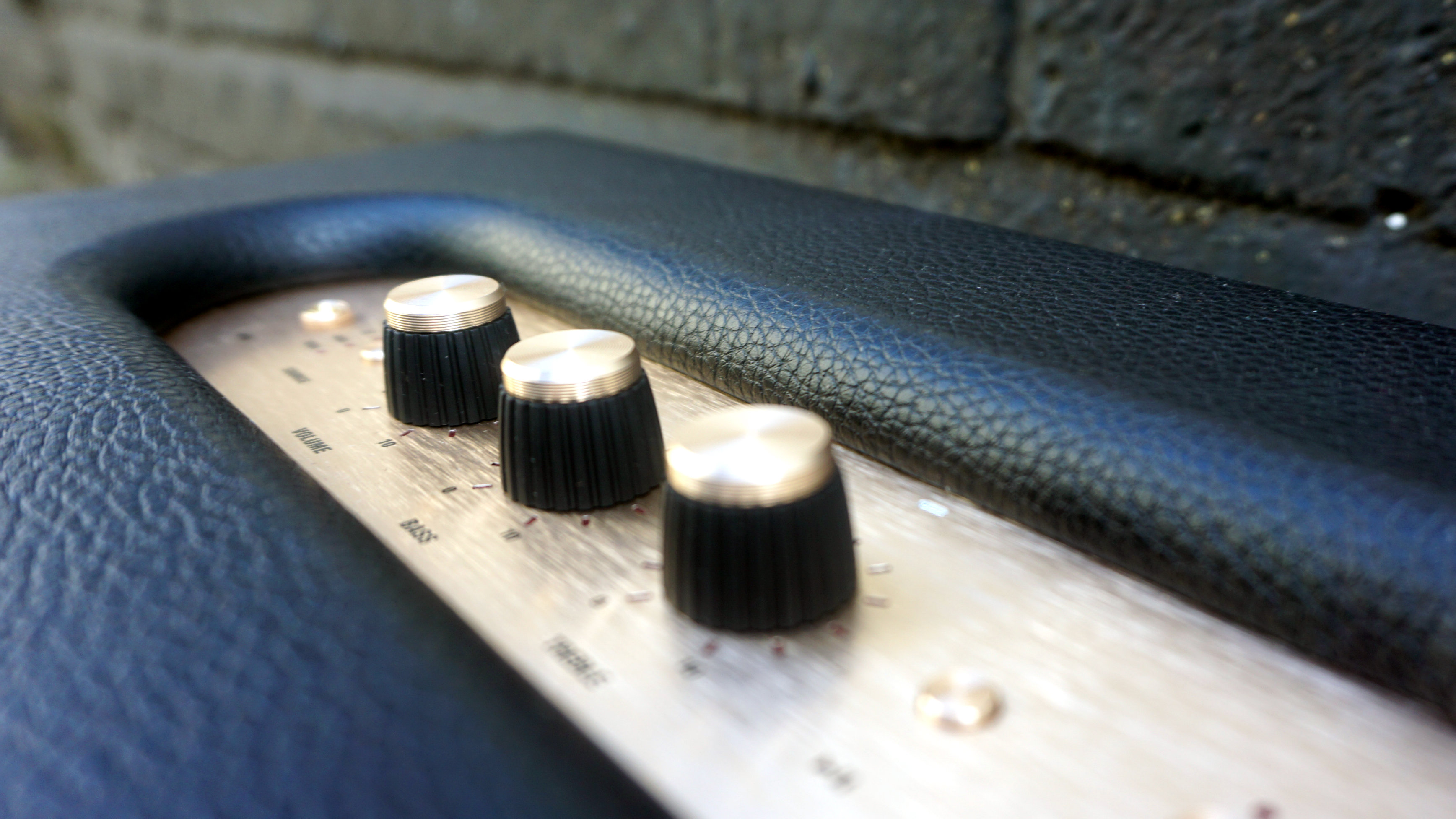 Clattering synths and tactile percussion come through with sharpness and clarity – although, at times the higher frequencies can be slightly harsh, which can cause ear fatigue after a while.

If you are particularly susceptible to fatigue as a result of treble frequencies, you can turn the treble dial down to soften the sound, which should take the edge off.

Mid frequencies felt a little recessed, particularly with vocals. We tried Low’s ‘Murderer’, and we couldn’t pick out some of the vocal harmonies that you can hear with a pair of decent over-ear headphones, which was disappointing – considering the price of this speaker, you should be able to hear all the elements of a track.

The bass frequencies are pretty good, with a warm, generous sound, but it’s in the sub bass that the Stanmore II shines, sending out powerful, thumpy vibrations you can feel in your chest.

We put the subwoofer to the test with Kendrick Lamar’s ‘King Kunta’, and it exceeded our expectations. Occasionally it feels like the subwoofer slightly overpowers the mid frequencies like the vocals and synths, but the entire listening experience is still really enjoyable – if you like your music super bassy, this speaker should do it justice.

It feels as though the Stanmore II is better suited to playing bass-heavy hip hop rather than high frequency rock music, which was surprising considering its amplifier-inspired design and Marshall’s long-standing rock heritage. 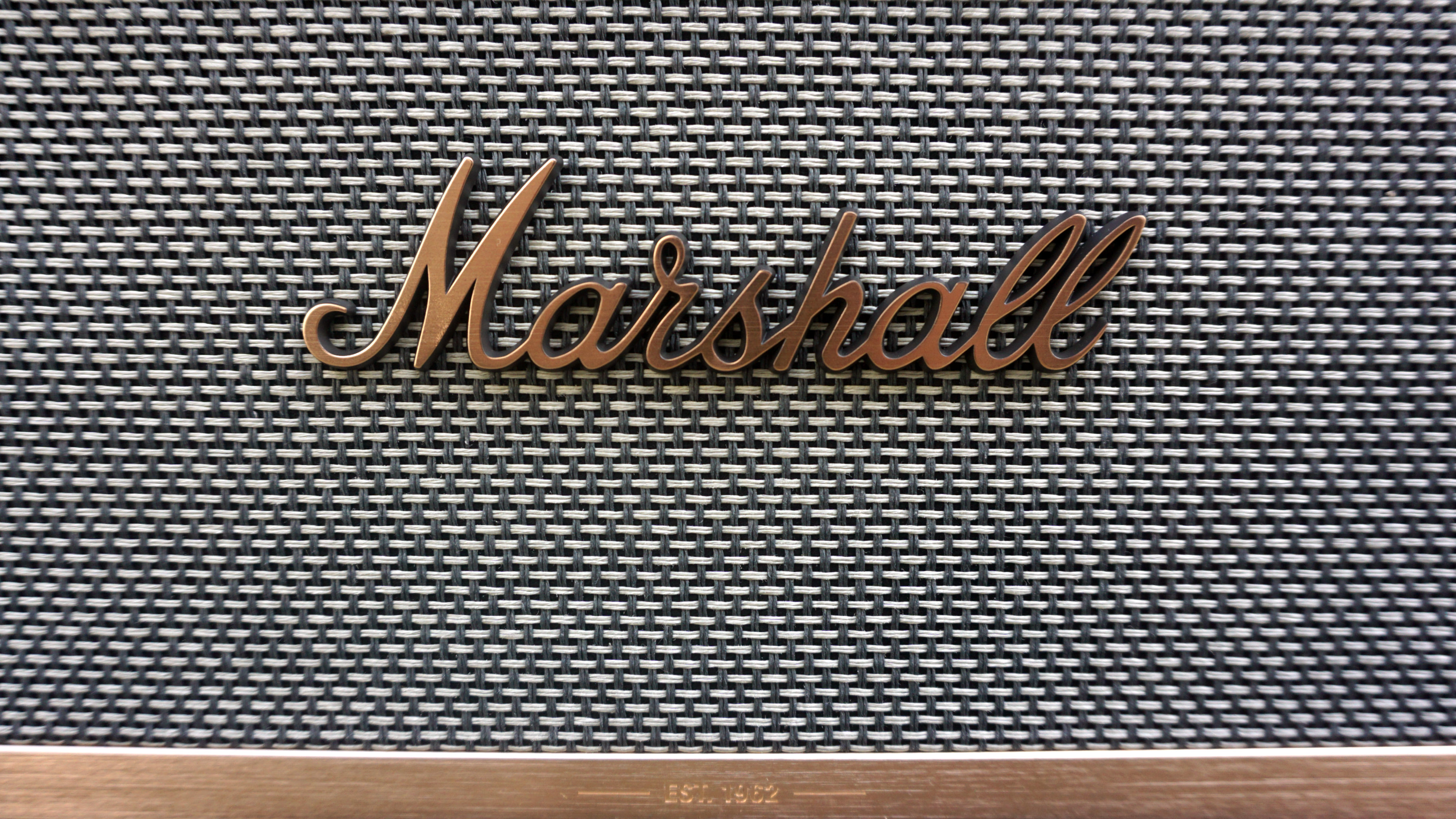 Overall we really liked the Stanmore II Voice, and we felt its sonic performance mostly lived up to our high expectations of Marshall speakers – it’s just shame that the mid frequencies were so recessed, as they feature heavily in rock music.

That being said, if it’s all about that bass for you, then you will likely be very happy indeed with the audio quality of the speaker, and it’s perfect for listening to hip-hop and other bass-heavy genres.

Sensitive ears may find the harsh treble frequencies cause fatigue, but this can be rectified by adjusting the treble and bass dials on the top of the speakers.

The main calling card of this speaker is its Alexa integration, and we found this aspect worked very well, thanks partly to the far field microphone that picks up your voice wherever you are in the room.

In terms of design, the Stanmore II Voice looks fantastic, with an upmarket and sophisticated color palette and rock-inspired hardware. Granted, it’s not cheap at nearly $400, but the speaker feels and looks expensive, and we can see it being a wonderful addition to the home, particularly for parties or super-hip listening sessions. If those mid frequencies were a little clearer, it would be a great choice for even the most discerning audiophile, but as things stand, we feel it’s more suited to casual listeners.

All in all, if you’re looking for a great party speaker with the ability to control your smart home, the Stanmore II Voice could be your new best friend.