Nokia kicked off the year with their new range of smartphones that ended up being appreciated by many. Essentially, all the smartphones were a revision of their initial line-up, which we can confidently call as real upgrades.

If we compare the first Nokia handsets after revival to new phones like the Nokia 5.1 Plus, Nokia 6.1 Plus or the Nokia 7 Plus, it's evident that the company has been paying attention to the feedback and is working towards fixing them.

The latest one to join the league is the Nokia 3.1 Plus. It succeeds the Nokia 3.1 and is aimed at the budget market, especially in the offline market. Similar to its siblings, the Plus variant of the 3.1 shares minimal similarity with its predecessor. There's a lot of new stuff starting with the design to the internals, but is it good enough for the price or should you look away? Let's find out.

The Nokia 3.1 Plus shares its design language with its newly launched siblings–the Nokia 5.1 Plus and Nokia 6.1 Plus. The difference here is in the material used. While the other two phones sport a metal and glass body, the Nokia 3.1 Plus comes packed in an aluminum shell with poly-carbonate on the top and bottom (which aids better network reception).

The metal on the back has a soft touch with a matte finish with zero reflection of shine. The finish on the rear panel resembles more like the Nokia 6.1 or the 5.1 and it feels sleek for sure.

Not just the looks, but the in-hand feel of the phone is premium. Building upon Nokia's assurance of making solid phones, the sturdy built on the Nokia 3.1 Plus can be felt when you hold it in hand. The chrome lining around the camera and fingerprint sensor does add up to the overall appearance of the phone. It will, however, get stained easily. 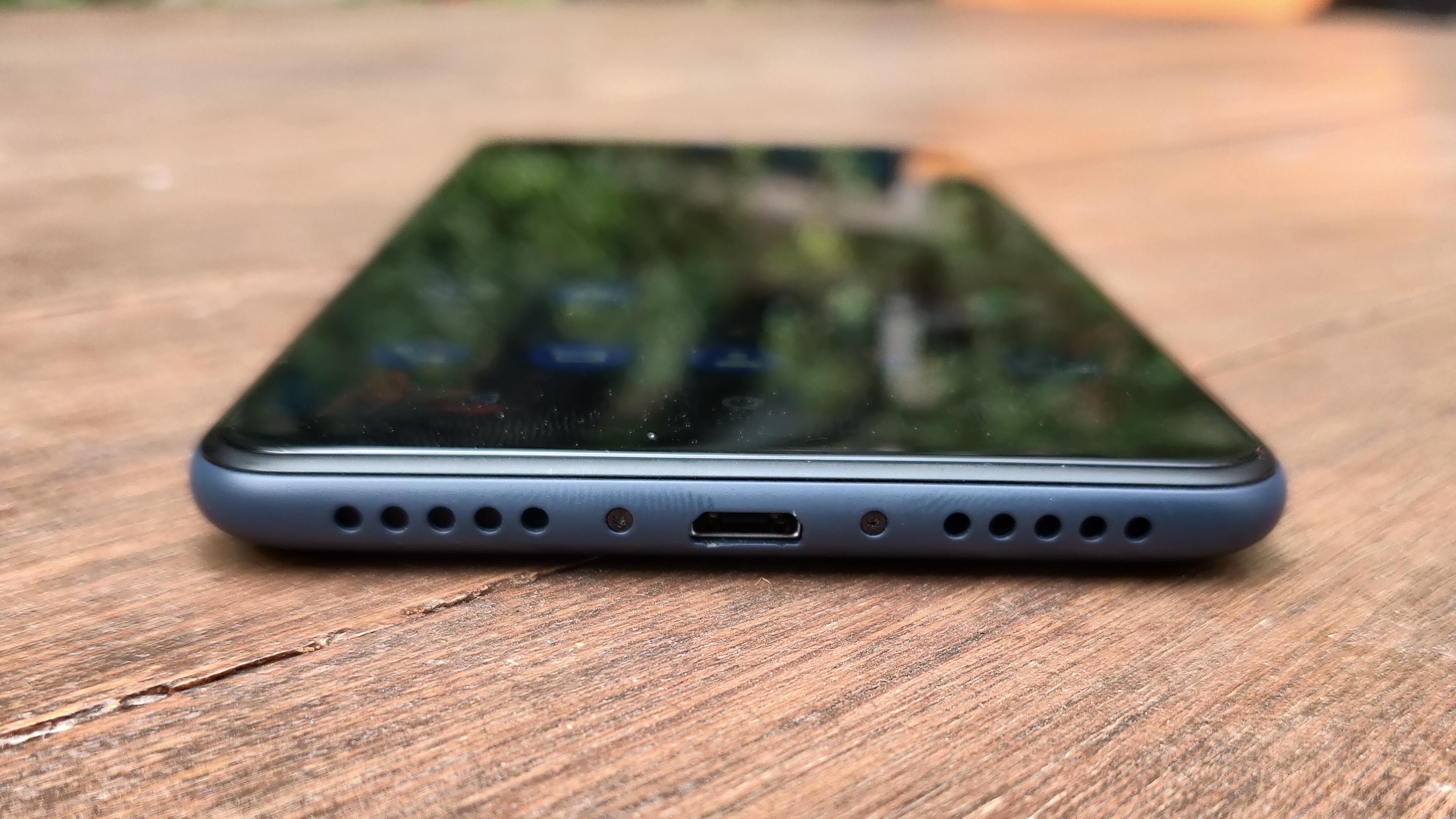 It has curved edges all around, which makes it easy to grip and hold for long without digging into the fingers/palm. But do remember, it's slightly heavier at 180g.  Although, the size of the phone does not qualify it to be called a handy device like the Nokia 6.1 Plus.

There are two soft touch physical buttons on the right side–volume rocker and power/sleep key, and they are easily accessible and give a tactile feedback. The rear fingerprint scanner also falls nicely under the finger.

The 3.5mm audio jack is on the top, while the micro USB port sits at the bottom with microphone and loudspeaker on its left and right respectively. There are two slots on the left side–one for a microSD card and the other for dual SIM cards.

The front has a Nokia 7.1-like design, or say, a standard front frame with curved corners and an 18:9 display. A thick chin and forehead with an earpiece and front camera on top with the Nokia branding on the top right corner. Nokia is probably the only brand who has picked the odd spot for their logo on phones, others have either used the chin or haven't put the branding at all. With so many 18:9 display phones, it's never easy to know what phone it is. 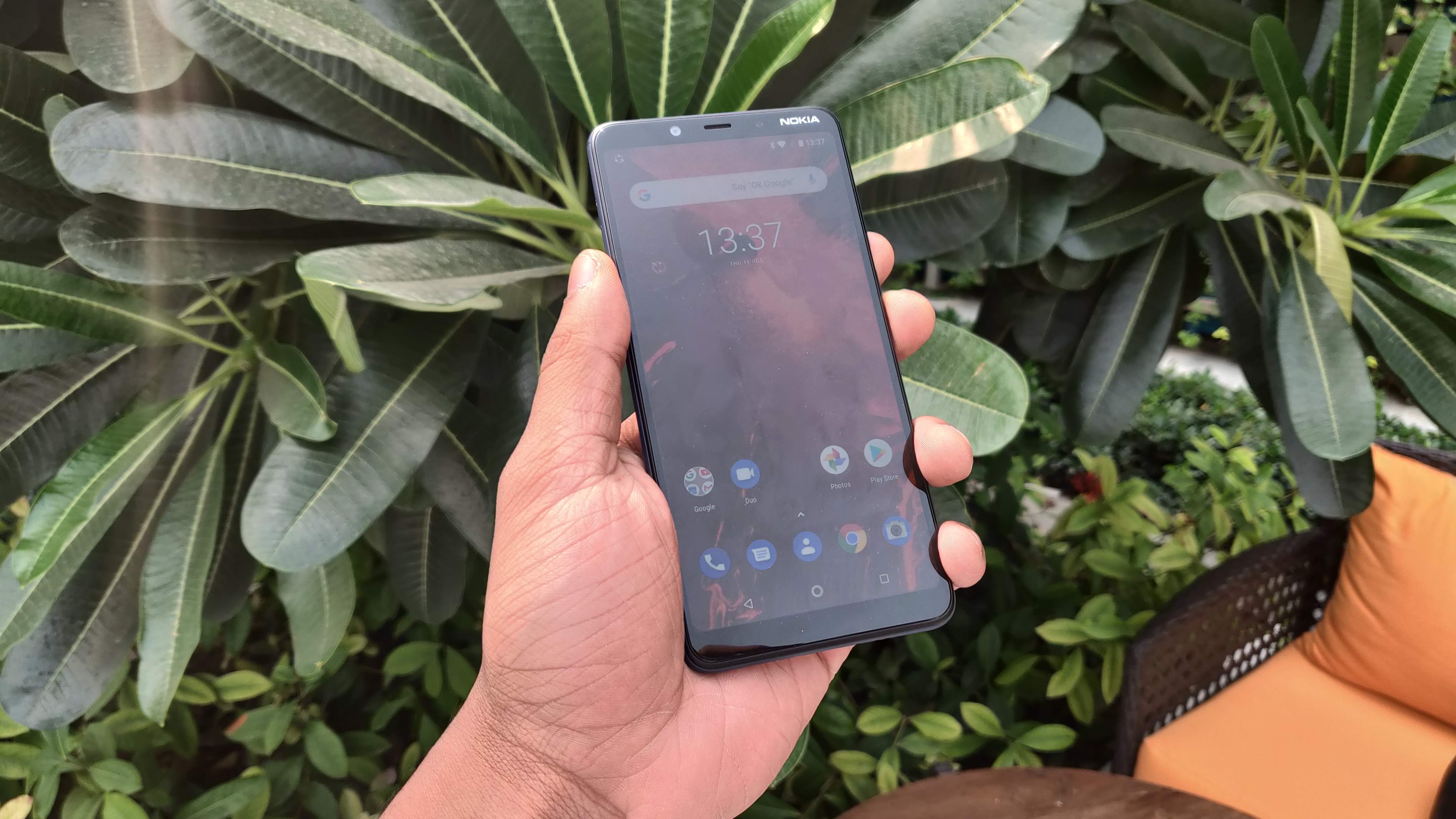 The black levels are deep, but the maximum brightness is just above average for outdoor viewing. Sunlight legibility is underwhelming, but still on par with competing devices.

Color accuracy can't be counted in the strong areas of the display, it has a Cyan, Blue-Greenish tint to it.

For regular users, it's a very average display for multimedia and gaming, but full HD resolution is a bare minimum that we expected.

We mentioned that the Nokia 3.1 Plus is slightly bulky, but that's because there's a juicy 3500mAh battery packed inside. Nokia promises 2-day battery on this phone, which is technically correct, but only if you don't stress your phone with power-intensive tasks and prolonged gaming. Power users can also get through a full 10 AM to 8 PM working day without a hitch.

A full charge got us through a day's usage, which includes streaming, messaging, scrolling never-ending social media feed. It can be a dependable daily driver if the battery is your concern. 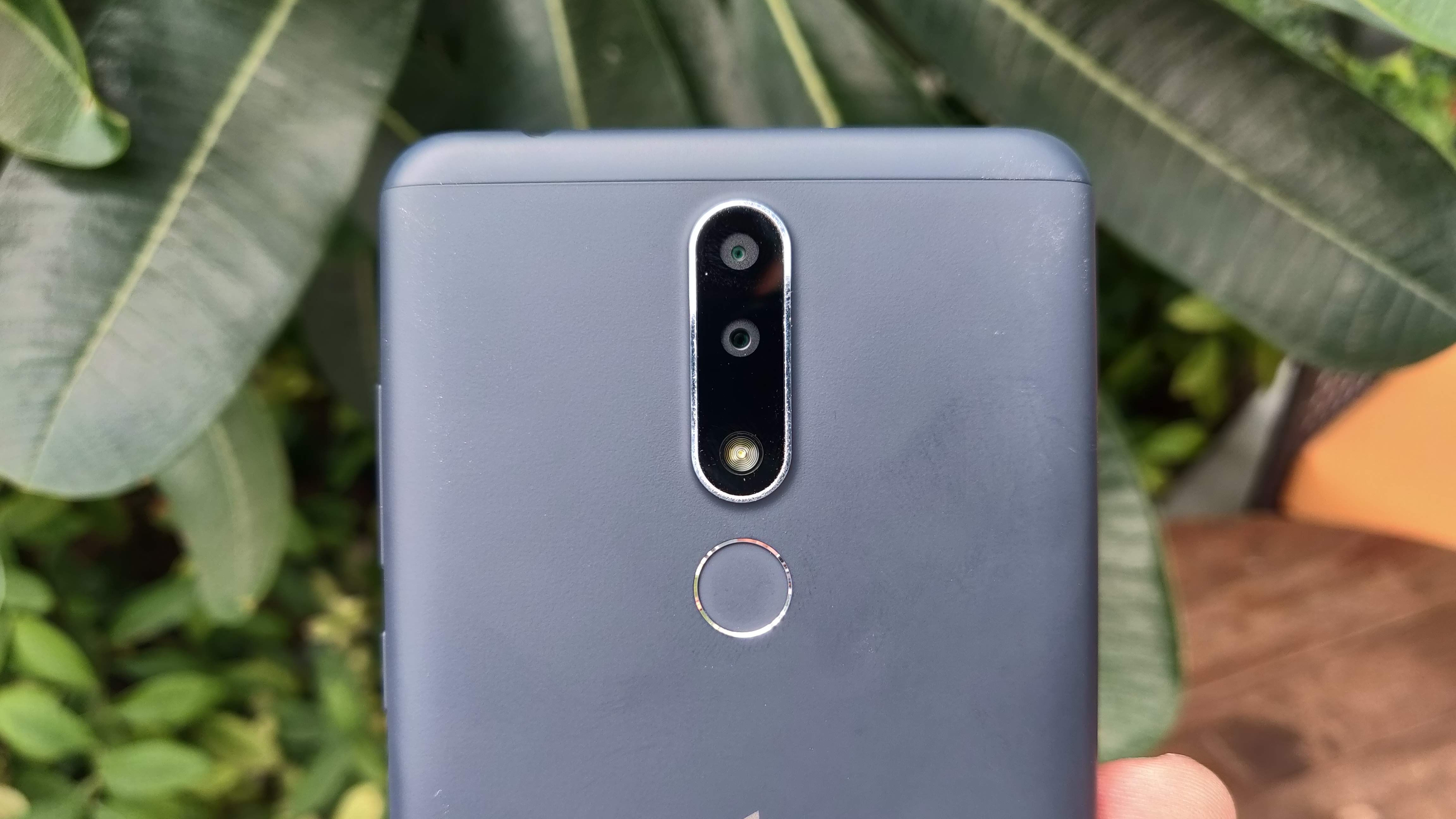 The camera setup is mediocre and by that we mean, it can take convincing shots in daylight, but struggles in trickier lighting situations. Against direct sunlight, we sometimes got overexposure and blown out highlights, and in low light, some areas seemed to smudge out. It struggles with auto-focus in restricted light and also, you need to keep your hand steady to get a clear shot.

Nonetheless, if you give it a good lighting and a steady pair of hand, you can get shareable shot for your Instagram feed. The 8MP front camera takes good selfies, but again, it's not the best in low light environments. 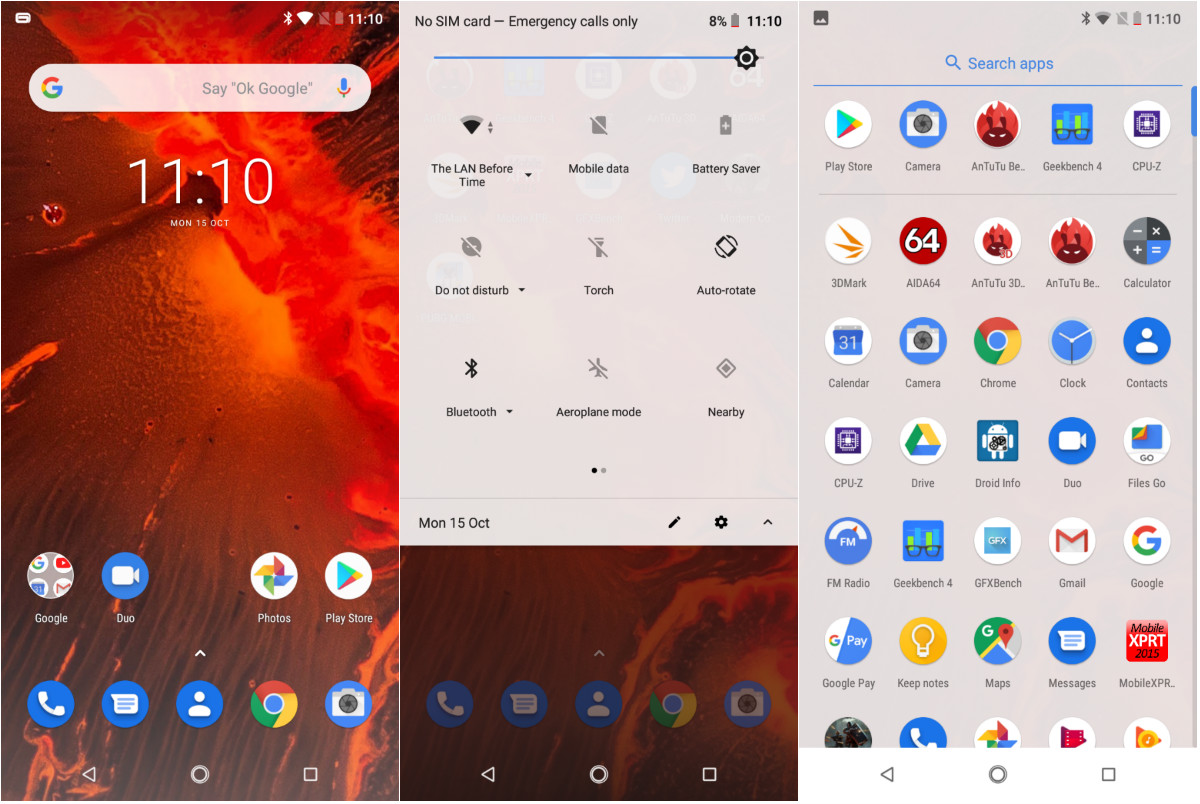 Like all the new Nokia phones on Android, the 3.1 Plus is also a part of Google Android One program, which ensures timely version updates for two years, monthly security patches and a bloatware free interface.

It might not sound like a big deal, but it's a huge plus to have assured updates. Especially, when the best-rated phones from the Redmi series fail to provide it. Even though you can't compare the stock Android and a custom ROM like Xiaomi's MIUI or Honor's EMUI, Android One does give Nokia an edge over other devices.

The software experience here is pure and untouched. Of course, hardware does matter to complement the software, which we found to be fluid, but not flawless. We did run into some crashes and lags when we did put the phone through its paces with intensive tasks.

We ran the AnTuTu benchmark app on the Nokia 3.1 Plus and it scored 77183, which is lower than the newly launched Nokia 5.1 Plus by a huge margin. The only constant issue was in the app launch speed, which in some cases tool much longer than usual. Although, in the day to day usage, it rarely shows any sign of stutter or slowdown.

Games like Modern Combat 5 run smooth as silk but heavy titles like the very famous PUBG Mobile cannot be played at any setting above low. I played a couple of matches, and there were very tiny frame drops throughout the match, but nothing that you don't see on competing devices. 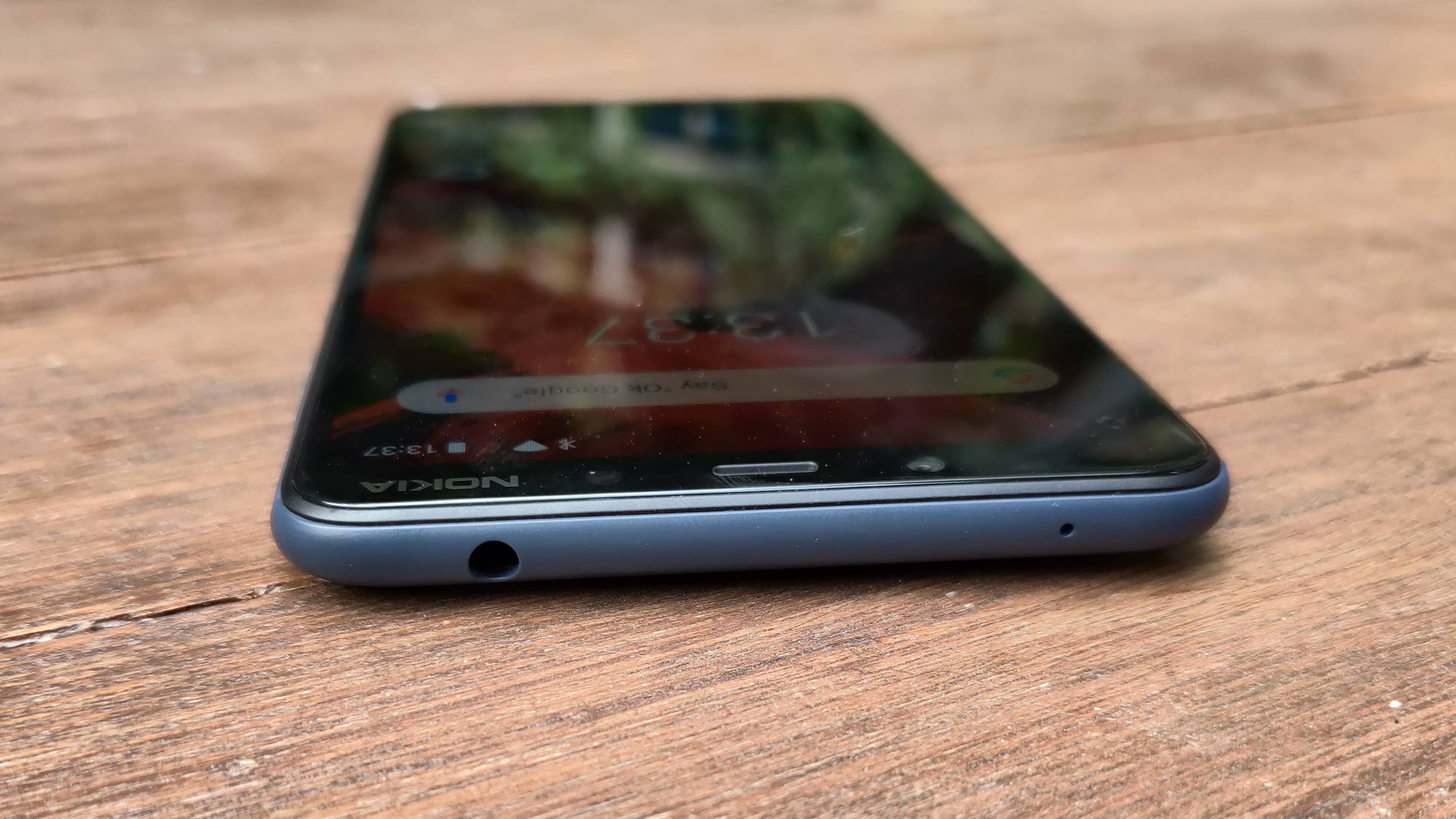 Is it good for movies and music?

Before we get on to the video and audio quality, we must reiterate on the big battery with impressive optimization for longevity. It's always a big plus to have a good battery backup you spend a lot of time streaming video content.

Audio on the Nokia 3.1 Plus is neither overwhelming nor disappointing. There's a solo downward facing loudspeaker on the bottom left of the phone, which gets thin at high volumes and also gets blocked while holding the phone in landscape while playing games. It's loud, but definitely not the one you would rely on for in-room chilling sessions.

The earphones in the box don't go with the quality of the handset. They are flimsy, and can only be used to keep as a spare backup. If you consume audio on your phone, it's better to invest in a new earphone.

The phone has only 32GB of onboard storage, out of which, 10GB is preoccupied for system files. But Nokia covered it up with a dedicated microSD card slot with support for up to 400GB.

The 6-inch display is good enough for streaming HD content. The only downside is the outdoor visibility, else, we found it to be a decent panel to watch videos and play games on.

The Nokia 3.1 Plus is priced very close to the Nokia 5.1 Plus, and considering the difference, both phones are aimed at different types of consumers. Nokia retains the premium build and design. But unlike the previous iterations-Nokia 3 or 3.1, this one isn't priced as low and is focused mainly on the offline market.

But in all fairness, it's the design and battery that can be considered as the strong areas, and camera and performance are where it lags behind the competition. The Nokia 5.1 Plus, at just Rs 10,499 offers better screen resolution, glass design, faster chipset where the 3.1 Plus is more focused at multimedia focused users with a slightly bigger screen and battery.

Who is it for?

With a 6-inch display and a 3500mAh battery, the Nokia 3.1 Plus is best suited for those who like consuming content on their phones while on the go. Also, it's comparatively one of the best choices if you are headed to buy a phone from an offline store.

Should you buy it?

If you're looking for an affordable daily driver that can handle basic day to day tasks with an ease and guarantees regular updates on top of stock Android, without compromising on the battery. The Nokia 3.1 Plus seems like a decent package for you. Having that solid metal build and sleek design with a 6-inch display is always a plus to have.