The best cheap phone in the US is continually shifting, and finding the top models is becoming more important as smartphone prices continue to skyrocket. People just don't want to pay for a $1,000 phone.

But there's good news: finding an affordable phone below $400, $300 or even $200 is definitely possible in 2018, whether you want an iPhone or an Android. It's not the easiest task to find quality devices at such low prices, as there are hundreds of duds out there.

But not all low-priced smartphones should automatically be dismissed. There are cheap phones at nearly every price level, as OnePlus, Huawei, Alcatel, and ZTE have all taught us over the last few years.

We've put together a ranked list of the best phones under $500, $400, $300, $200 and $100 – no matter your price point, we're recommending a smartphone for you based on these price categories. And these value phones are frequently unlocked, contract-free, and SIM-free.

Just know that mobile devices on this list certainly won’t be the very best phones in the US; don't expect the high-end iPhone XS or Samsung Galaxy Note 9 here. A lot of these are a step below, but in line with their cheap prices.

In fact, every cheap phone here should be just fine for anyone looking to save several hundred dollars on a discounted iOS 12 or Android Pie device. Here are our top recommendations.

The newly-released OnePlus 6T is a cheap phone for some people, yet still really expensive for others. But we have to start somewhere, and a finding phone under (okay, maybe just a bit over) $500 is where we begin. We'll immediately jump into phones under $300 after this section.

The OnePlus 6T still deserves a spot on this list simply because it features flagship-level specs (specs that are even better than some flagship phones, if you look at the 6GB and 8GB of RAM options provided by OnePlus) and a big screen north of six inches, with a price that falls south of every major flagship out there.

Plus, the 6T offers something other $1,000 smartphones don't: an in-screen fingerprint sensor. Innovation isn't reserved for the most expensive tier of the smartphone market.

But if the $549 starting price of the OnePlus 6T is still a bit much, track down a OnePlus 6 (released earlier this year), which has the same top-tier specs for perhaps even lower prices. 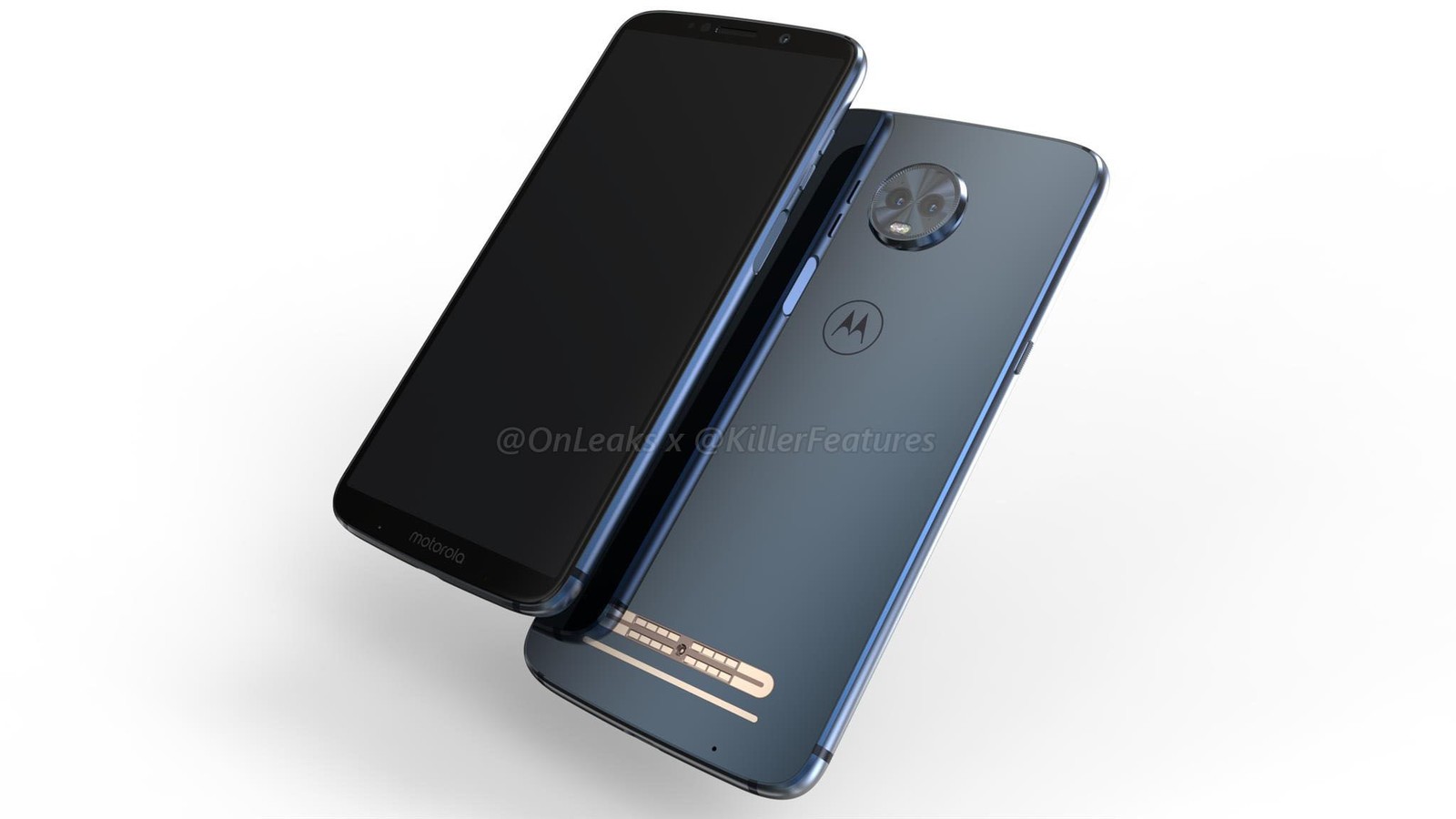 Almost – because the ace up Moto's sleeve are its signature MotoMods which snap to the back of its phones to add functionality. While some are far less useful (like the projector), others act as big speakers or tack-on a lot more battery life, which can be clutch.

Still, the Moto Z3 Play starts at $499 and you can likely find it for cheaper online.

The Moto G6 in 2018 has had a tough act to follow: itself, really, with last year's Moto G5 Plus as our former top pick. Thankfully, the latest budget smartphone from Motorola fully delivers on the hype and thensome.

When it comes to the flagship-level specs and features to be found here, this model touts an all-glass design, dual-lens rear cameras, an 18:9 aspect ratio display, headphone jack, USB-C charging and the very latest Android Oreo update.

Launching at $249 unlocked with support for every US carrier, this phone is an unbeatable value. It provides decent specs with clean Android software, making this the best choice out there if you're looking for a new phone, but don't have loads of cash on-hand. You might even find it on sale for Amazon Prime Day if we're all lucky.

Apple's last hurrah for the four-inch form factor is still a favorite of ours even if the company doesn't sell it directly anymore. It brings specs that put in on par with the iPhone 6S.

The fact that you can usually get this smartphone for under $300 makes it an absolute steal if you're a loyal iOS user. Sure, it doesn't come with all of the bells and whistles of a brand new iPhone 8 or iPhone X, but complete with iOS 11, it still holds up well. The best part is that Apple is delivered the iOS 12 update to this (and many other) older iPhone models to make them even faster than before.

Available for just a bit more than what the top-ranked Moto G6 costs, the Nokia 6.1 is a phenomenal choice if you're looking for a phone with solid specs and a high-quality build.

There are certain elements where the Nokia 6.1 falls below the Moto G6, particularly its single rear camera to Moto's two, as well as its support for only GSM carriers like AT&T and T-Mobile.

The latter certainly won't be an issue for those using said carriers, but Verizon and Sprint users will want to opt for something else.

In a lot of other ways, the Nokia 6.1 handily bests the Moto G6. It's more powerful, with a faster chipset, more RAM and internal storage space, and if you enjoy stock Android, this is the choice to make.

The Asus ZenFone V is a budget beast that deserves to fly but is chained down by Verizon exclusivity. Even so, this phone would still feel like a reasonable deal at $400, but it’s only $240.

There’s some much going right for this phone, making it easy to forget about some of the nitpicky detractors. The screen, the camera, the powerful internals and the simple but classy design pull this phone together in a great way, and tacking a $240 price tag on the box makes it a no-brainer.

Unfortunately, tacking Verizon on the box limits who can buy this phone, but for Verizon customers or those looking for a great budget phone worth switching carriers for, the Asus ZenFone V is worthy.

The LG Q6 is the midrange take on the company’s 2017 flagship smartphone, the LG G6. As you can see for yourself, much of the G6’s visual pizazz has made the transition to the more budget-friendly class intact.

It features the familiar tall aspect ratio, a nearly bezel-free design, and commendable build quality that yields a smooth feeling in the hand. However, given its lower asking price, not every single one of the G6’s finer qualities makes an appearance.

The plastic back, for example, is prone to scratching. You won't find a fingerprint sensor here – a feature served up by the sub-$100 Moto E4. Predictably, the Q6’s internal specs are decidedly ho-hum and don’t pack adequate muscle to hustle through some of the more demanding 3D games available on the Google Play Store.

The budget smartphone arena is competitive as ever and the Q6's downsides are hard to forgive. But, as it's available for as low as $239 in the US with Amazon supported ads, you're still getting a whole lot of phone for the cash.

The Honor 7X gets the title for offering a flagship level of design quality for such a low price. For $199, you'll nab a phone with a large 18:9 aspect ratio display, enough power to run pretty much anything on the Google Play Store, and dual rear lens cameras to take photos with greater depth of field.

We typically don't expect much from phones below the $200 price mark, but 2017 and now 2018 has really made us rethink this. While options higher up on this list represent a better value, as well as a blending of hardware and software that will simply appeal to more people, the Honor 7X is the company's best stab yet at a device that will captivate the mainstream.

Compared the Moto G6, the Play variant keeps the good looks, microSD support and the low price, but compromises a bit in terms of speed.

It’s not quite fair to call the Moto G6 Play a “dumbed-down” version, as it’s actually enhanced in a few ways. First off, Moto fit a 4,000mAh battery inside, which should provide more than a day of life for many users.

The Play is for those who typically put their phone through some abuse. To fit in line with that lifestyle, it’s got a plastic build instead of glass. Moto skipped the Play series last year, but compared to the Moto G4 Play, this one is on a whole new level of quality and value.

At its core, the Blade V8 Pro offers a lot for the money. It doesn’t wow when compared to flagship but if all you want is a phone to do the basics, you’ll be happy with the Blade. ZTE did a great job balancing price, performance and features.

After using the ZTE Blade V8 Pro for a month, we were impressed at just how little we missed from a flagship phone. Sure, you don’t get the multitasking performance of more powerful smartphones but for a majority of tasks, the Blade V8 Pro is perfectly adequate.

The ZTE Blade V8 Pro is an excellent smartphone for the price. Its bargain bin price gets you good battery life, decent dual-rear cameras and a near-stock Android experience. If you’re okay with having an older version of Android, the Blade V8 Pro is among the smartest choices if you're in need of a budget smartphone.

I’m surprised by the Asus Zenfone 3 Zoom. While I was fairly impressed with its specs and the much-improved design over the original Asus Zenfone Zoom, its direct predecessor, I wasn’t completely sold. That’s mostly because I didn’t know how much it would cost.

Not only is it cheaper and far better than the Zenfone Zoom, it’s one of the best mid-tier options available. Asus’ ZenUI has improved to the point where it’s no longer a red flag for most users and the value here in terms of spec and design is tough to beat.

While not perfect in its execution, it’s full of crowd-pleasing features and rocks a pleasing design that defies its price point, coming together as a smart buy for just about anyone.

Only crippled by Xiaomi's lack of official presence in the US, the Mi A1 is an incredibly solid Android phone, backed by Google's Android One program that ensures it the latest in both security and software updates.

The Xiaomi Mi A1 wears its inspiration on its sleeve. As such, it looks a lot like an iPhone, but for what it lacks in originality, it makes up for with a super low price tag of $199.

We've seen it available on Amazon, however through unofficial avenues, so be cautious of who you purchase from. That being said, if you're looking for a phone that will work with GSM networks like AT&T, T-Mobile, Cricket and MetroPCS, it's hard to beat this phone's specs for the price.

We wanted to place this device higher on the list, but given that it's tough to find, perhaps its successor will find its way higher on this list should Xiaomi ever branch out its phones division to the States in an official manner.